A downloadable game for Windows

Venture through a surreal fantasy wonderland as a fallen little star frantically tries to make his way back to the cosmos. Meet, greet and destroy a colorful cast of sickly adorable characters with a vast and varied arsenal of over 25 different weapons

This title is currently in development. Check out the website for more updates

It's 5am here and I couldn't sleep so let's play stargaze.

I played this on a 24 inch monitor so everything stood out really well. I did the video on my second play as during the first play I felt I needed to step back and workout the mechanics of the game a little. I used an xbox controller and neither the LB or RB worked for me for some unknown reason as well as the use of the B button. It is most likely just me as it's real early.

Having said that though, it didn't ruin my game play. As I made my way through the levels during my 15 minute play I got to like the whole design of the game. The story line is good and the interaction between the characters is neat. The game itself is not too easy nor too hard and made me have to think what do, for example at the start in the grey cavern, when you kill the glasses monster and then jump up to the next screen, I thought I was stuck untill I shot through the walls (I know, im slow).

I liked the use of the Y button  to enable you to cycle through different weapons and after I picked up the gamma burst, I happily double jumped over the large gap and was on my way.

All in all I thought Stargazed is good and I will keep an eye on this one as I'd like to see how it develops. I'd like to finish this one but for now, It's coffee time.

Just want to say thank you for giving Stargazed the time of day, it will means a lot to me.
I wish to seek your feedback and get to know your thought process. When you said LB/RB were not working, please tell me more of what is happening. Were you holding down the buttons while trying to move around?   Did you make any changes in the controls menu?  I've also noticed a hand full of minor graphical glitches such as one present near the start of the video. How did that happen?  Can you recreate that glitch? 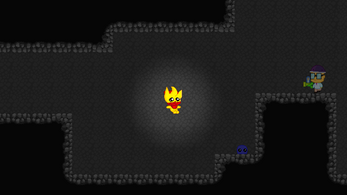 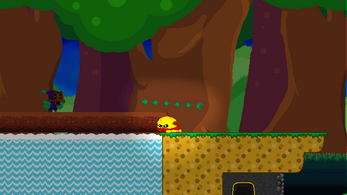 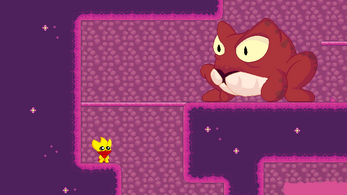